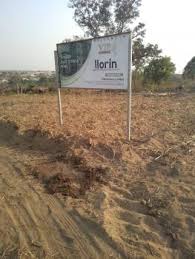 The Kwara State Bureau of Land has denied allegations of illegal takeover of lands from customary land owners without adequate compensation paid to the owners. It described it as untruthful and misleading.

The Bureau also called on members of the public to always visit the bureau on land-related issues to be able to know the true picture of the matter for clearer understanding and avoid raising tension through the press.

The clarification came in reaction to a statement issued by the Media Advocacy and Technology Centre, MATEC, accusing the bureau of violating court order and forcefully acquiring a land behind judges quarters at New GRA, Ilorin, without paying compensation to the customary land owners.

A statement by the Press Secretary to the Bureau of Lands, Mr Sam Bola Onile, said the land was legally acquired in 2008 for overriding public interest while the customary land owners have been duly compensated. It added that the revocation of customary and statutory rights of occupancy for overriding public interest was done in accordance with the land use act number six of 1978, and the power conferred on the Governor in the state by section twenty-eight of land use act of 1978.

The land Bureau therefore implored the public to disregard the information.