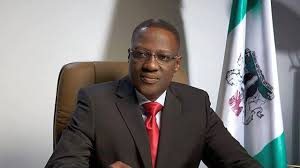 Immediate past Governor of Kwara State, Alhaji Abdulfatah Ahmed has felicitated with Nigerians as the country marks its 59th Independence Anniversary.

In an independence message via Twitter, the former Governor said that “Nigerians still have a lot to celebrate as the country has recorded several accomplishments in the last fifty-nine years.”

Alhaji Ahmed affirmed that ’given the strides attained by the country in a relatively short period, Nigeria and Nigerians clearly possess an immense capacity for individual accomplishments and national growth despite age-long challenges and divisions.”

The former Governor also stated that “Nigeria’s immense human capital and her citizens’ resilience are her most significant assets. He urged Nigerians to leverage these values and others to uplift the country for individual and collective prosperity.

Ahmed expressed optimism that this country’s best is yet to come. He calls on Nigerians to create the atmosphere for a unifying national vision and ethos that will propel the country and every citizen towards full potentials.