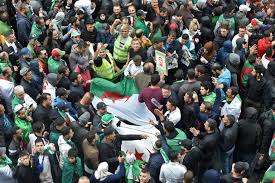 Twenty-three candidates had registered for the election which comes as Algeria has been mired in months of street protests demanding an overhaul of the entire political system.

Head of the constitutional council, which validates candidates for the election, Kamel Feniche, today said that only five of those candidates have been selected to run in the December 12 polls, confirming a decision announced by the elections authority a week ago.

Protesters are opposed to any Bouteflika-era figures taking part in the election, fearing the elite will use the poll to choose his successor. Bouteflika was forced to resign in April under pressure from the protest movement.