The Federal Government on Thursday launched a community-based single register of the poor and vulnerable aimed at reducing extreme poverty in the country.

The News Agency of Nigeria (NAN) reports that Vice President, Prof. Yemi Osinbajo launched the register at the end of a three-day Social Protection Cross-Learning Conference in Abuja.

Osinbajo was represented at the conference by Mrs Maryam Uwais, the Special Adviser to the President on Social Investment. 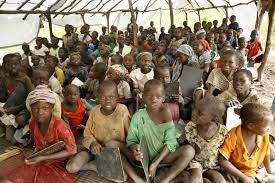 The Vice President said that about 120 million Nigerians, representing 60 per cent of the population, lived on less than two dollars per day.

The Vice President said that about 120 million Nigerians, representing 60 per cent of the population, lived on less than two dollars per day.

“For us as a government, tackling this problem is crucial to ensuring inclusive growth where all Nigerians are part of the country’s development process.
“In our resolve to address this problem, we decided to formulate a National Social Safety Net Programme (NASSAP) which is a single register that will remove errors of inclusion and exclusion.

He said the single register was established on the basis of a well-thought out community-based targeting approach where communities would be able to identify the poor households from amongst them.

Osinbajo said a manual had been developed that would guide the establishment of the register of the poor.

He said it would guide them to ensure that state governments, development partners and other interested organisations have confidence in the process.
“This platform can then be utilised for their own interventions given our current limited resources, the need to maximise the benefits of the use of single register cannot be overemphasised.’’

Mr Muhammad Wudil, the Chairman House Committee on Poverty Alleviation and Social Services, said that the committee was working hard to reduce poverty in the country.

Wudil said that the committee had resolved to reduce poverty to minimal level in the next four years.

“We are working hard to meet the first target of the Sustainable Development Goals (SDGs) on addressing poverty by supporting programmes that would create jobs and alleviate poverty,’’ he said.

Meanwhile, information obtained by NAN on the single resister manual for poor and vulnerable indicate that it would redress the inability of previous efforts to address poverty.

The manual indicated that first round of the single register established across seven states of Bauchi, Cross River, Kogi, Kwara, Niger, Osun and Oyo was a product of Youth Employment and Social Support Operations (YESSO).

NAN also reports that NASSCO is under the Office of the Vice President and it is working in collaboration with Youth Employment and Social Support Operation of the Federal Ministry of Finance. (NAN)