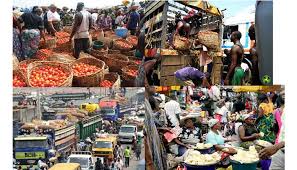 Governor Akinwunmi Ambode of Lagos State yesterday ordered the immediate re-opening of the Mile twelve market, two weeks after it was shut by the state government as a result of bloody riots.

A statement signed by the Commissioner for Information and Strategy, Steve Ayorinde, noted that the re-opening was as a result of the outcome of the  meeting attended by representatives of the traders, community leaders, residents and the government.

Other decisions arrived at included the relocation of the market, ban on the use of commercial motorcycles (okada) in the market, peaceful co-existence among all ethnic groups, removal of all shanties and illegal attachments/structures within the market area and ban on street trading, alongside the promise by traders to operate in a clean environment.

Ambode shut the market on March 3, 2016, after a clash between residents and Okada operators in the Mile 12 area.