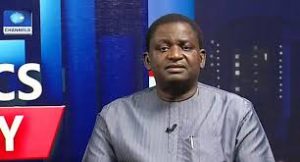 The Presidency has insisted that contrary to the claims of the South African High Commissioner to Nigeria, Bobby Monroe, foreigners, particularly Nigerians, were targeted in the recent attacks in South Africa.

Mr Munroe had stated on Tuesday during a media briefing with Nigeria’s Foreign Affairs Ministry, that the attacks in South Africa are not xenophobic neither are they targeted at Nigerians.

According to him, they were only ‘sporadic acts of violence’.

He also stated that businesses belonging to other South Africans were equally affected in the violence.

However, addressing the issue on Channels TV’s Politics Today, Special Assistant to President Muhammadu Buhari on Media and Publicity, Femi Adesina, disagreed with the comments, stating that the attacks were not sporadic.

“It was targeted at foreigners, Nigerians particularly,” he said.

Adesina further stated that it was clear that the attacks did not involve only Nigerians against Nigerians as earlier claimed by the South African President.

“But what has happened these past few days has shown that this is not Nigerians against Nigerians.

“This is clearly South African against Nigerians and this has shown us that there is xenophobia,” he said.

Mr Adesina, however, stated that the Federal Government would continue to demand the protection of Nigerians, a failure of which “stronger measures” will be taken.