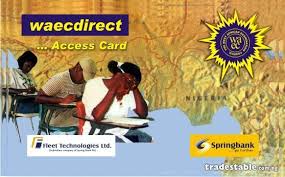 Just as a total of eight hundred and seventy eight thousand and forty candidates, representing fifty-nine-point-nine-seven percent, obtained credits in five subjects and above, including English Language and Mathematics.

The Head of Nigeria National Office, Nigeria, Mr Olu Adenipekun while briefing journalists, explained that the withheld results are in connection with various cases of examination malpractice.

He however noted that the cases are being investigated and reports of the investigations will be presented to the appropriate committee of the Council in due course for consideration.