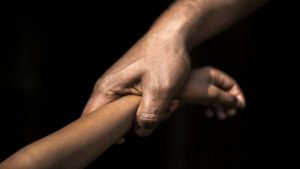 A Nineteen-year-old Damilola Akintilo has been arrested by the Osun State Police Command for allegedly raping a sick four-year-old girl in Ile-Ife.

The suspect reportedly took the infant into the bush in Ita Olopo, Ilode Road, Ile-Ife on Wednesday and raped her.

According to reports, the victim was sick and left in the room by her mother, but Damilola sneaked in and took her to a nearby bush and defiled her.

The mother of the victim, who raised the alarm when she returned and could not find her daughter, adding that a search party heard the girl screaming from the nearby bush and caught the suspect in the act.

Investigations is on going and the suspect will be charged to court soon.