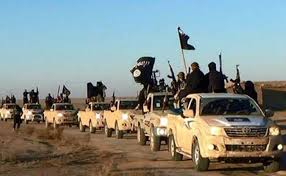 Turkish forces and Syrian rebels have driven out the Islamic State group from its remaining territory along the Syrian-Turkish border, Turkey’s Prime Minister Binali Yildirim had said.

Speaking from the southeastern city of Diyarbakir, Yildirim said on Sunday that Turkish troops and Ankara-backed Free Syrian Army fighters had cleared the area between the northern Syrian towns of Azaz and Jarablus. Earlier, Turkey’s state-run Anadolu news agency had said the advance had “removed terror organisation IS physical contact with the Turkish border in northern Syria”.  The UK-based Syrian Observatory for Human Rights confirmed Yildirim’s claims, noting that militants backed by “Turkish tanks and warplanes” had taken several villages “after IS withdrew from them, ending IS presence… on the border.”