Somalia’s prime minister has publicly backed a campaign to ban female genital mutilation (FGM) in his country. It is currently against the constitution but parliament has not yet passed a bill outlawing the practice.

Omar Abdirashid Ali Sharmarke has joined more than a million others by signing an online petition calling for a comprehensive ban. The UN children’s agency, Unicef, estimates that more than 90% of Somali girls undergo FGM. Somali anti-FGM campaigner Ifrah Ahmed said the prime minister’s action was a “huge boost” to the efforts to get the law passed 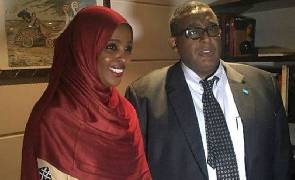