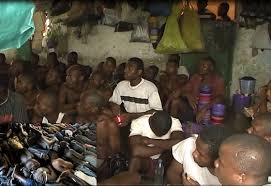 Six inmates awaiting trial at the Federal Maximum Prison Okekura, Ilorin and medium prison Mandala in Kwara state were on Wednesday granted amnesty by the Kwara committee of judiciary on criminal justice.   The six inmates regained their freedom when the state Chief Judge, Justice Suleiman Kawu led the Committee on a visit to the two prisons. The state Chief Judge in his remark said the amnesty granted to the inmates was based on the fact that they are not found guilty of the offences committed.