Sakho out for month with Achilles injury 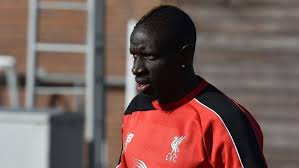 Liverpool manager Jurgen Klopp has revealed that defender Mamadou Sakho is expected to miss the start of the season through injury.

The twenty-six-year-old was looking to return to action after being cleared of any wrongdoing at a UEFA hearing last week. However, the France international’s hopes appear to be on hold for around a month due to a problem with his Achilles tendon.

Sakho missed the end of last season following an anti-doping violation in April and was handed a thirty-day suspension, which meant he missed the Europa League final and was not selected in the France squad for Euro 2016.

The centre-back is now expected to miss Liverpool’s difficult start to the new Premier League season, in which their first three games will all be played away from home — including trips to face Arsenal and Tottenham Hotspur.