Sakho: Defender’s Liverpool future in doubt after being sent home 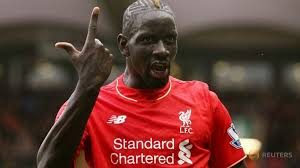 Mamadou Sakho faces an uncertain future at Liverpool after the defender was sent back to England from the Premier League club’s pre-season tour of America. According to British media reports, manager Jurgen Klopp was unhappy with the twenty-six-year old’s attitude during their stay in California and ordered his return to Liverpool.

Reports say Sakho angered the German manager by turning up late for Liverpool’s flight to the United States while last weekend he interrupted Klopp while he was conducting an interview with the club website.

The France international, who was recently cleared by Uefa after allegations of a failed drugs test, is currently nursing an Achilles injury. He will continue receiving treatment at Melwood, the club’s training ground, and is expected to miss the start of the Premier League season, which begins on the thirteenth of August.