Russia warns against US strikes on Assad

Russia has warned against a call by more than fifty US State Department officials for targeted military strikes against the Syrian government. The Kremlin said today that it is opposed to a military solution and that such a move will plunge the entire region into complete chaos. 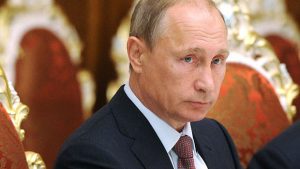 Washington has consistently refused to join forces with Russia in Syria against Daesh ever since Kremlin launched its campaign of airstrikes in September last year. A senior US defense official has also accused Russia of carrying out airstrikes in southern Syria against US-backed forces.

The accusation came a day after Kerry said the US was losing patience with Russia over its support for the Syrian government.  Responding to those remarks, Russia’s Foreign Minister Sergei Lavrov said he believed the US might hope to use al-Qaeda’s branch in Syria to unseat President Assad’s government.

Lavrov said that the reluctance of US-backed opposition groups to distance themselves from the Nusra Front has been a major reason behind unending fighting.