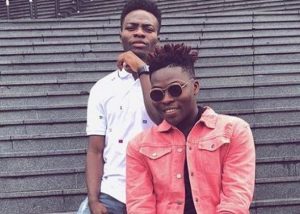 Nigerian Singer Reekado Banks has dropped his elder brother, Temi Solomon as his manager. Speaking during an interview, the 25-year-old singer, hinged his decision on next level dealings, noting that his vision has grown and he needs people who ‘see as far as he sees’.
When asked if Temi who has managed him since the beginning of his career is still a part of his team in any capacity, he answered in the negative saying that not at the moment.
Reekado however said that this does not in any way affect his relationship with his brother. Banks is now managed by Twenty20 media led by Davido’s former manager, Kamal Ajiboye.