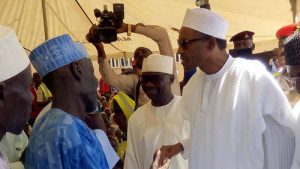 President Muhammadu Buhari on Sunday called on Nigerians to build on things that unite rather than divide the country in spite of diverse cultures and religions. He gave the advice at the Inter-Denominational Church Service to mark the 2016 Armed Forces and Remembrance Day at the National Christian Centre, Abuja.

Represented by Vice President Yemi Osinbajo, the President said the nation is proud of the contributions of the armed forces for ensuring peace, justice, freedom and prosperity of the nation. The president noted that the reputation of the armed forces for courage and service had often been noted not only at home but also abroad especially the military’s contributions to several international peace keeping missions.