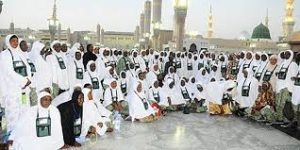 The Presidency has clarified the concessions foreign exchange rate of one hundred and ninety-seven naira per dollar for the 2016 intending pilgrims for Hajj and Jerusalem. The Senior Special Assistant to the President on Media and Publicity, Garba Shehu in his Twitter handle, said the policy is non-discriminatory, noting that it had been approved before the current foreign exchange regime came into effect.

The presidential aide confirmed in his tweet that the Central Bank of Nigeria, (CBN) had confirmed the approval, but wondered why the apex bank had not deemed it proper to notify the public before now. A Yoruba socio-political group, the Afenifere Renewal Group, had at the weekend warned the federal government against its policy of subsidizing pilgrimage. Its Publicity Secretary, Kunle Famoriyo, said religion is personal and should not be given priority when there are more fundamental issues to expend the country’s scarce foreign exchange on.