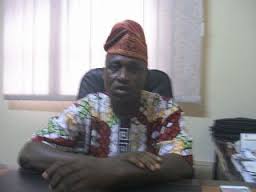 The Oyo State Police Command says four suspected assassins have been arrested in connection with the gruesome murder of a member of the state House of Assembly, Gideon Aremu, on the first of July, 2016.

The lawmaker from the Labour Party, who represented Oorelope constituency, was the Chairman, House Committee on Information, Public Relations and Security. He was killed by three gunmen on a motorcycle in front of his house in Alakia area of the state as he alighted from his car to open his gate. The Commissioner of Police, Oyo State Command, Leye Oyebade said in a statement  on Sunday that the arrest was made possible by an Intelligence Response Team set up by the Inspector General of Police, Ibrahim Idris and detectives from the state command.