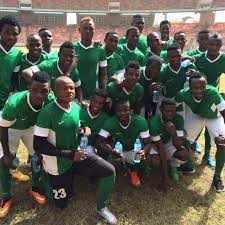 Players of the Nigeria under-twenty-three team have been paid their camp allowance at the on-going Rio 2016 Olympics. However, they are yet to be paid their win bonuses for the two wins recorded so far at the games.

According to a media release from Nneka Anibeze, the Special Adviser on media to the minister of Youth and Sports, Solomon Dalung, each player received one thousand, six hundred and fifty dollars being allowances for eleven days.

Dalung however stated that the upfront payment was to ensure that the players are focused and well-motivated. He also assured that all entitlements to all athletes at the Olympics will be paid.

Dalung is expected to be in Sao Paulo to cheer the Olympic Eagles in their final group game against Colombia on Wednesday at the Arena Corinthians.