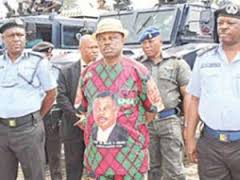 During the inauguration, the governor alongside the National Chairman of the party, Mr. Victor Oye, charge the new executives to remain committed and continue with the effort of increasing the membership of the party especially, in the grass roots and mobilizing support for the governor who has continued to develop Anambra state through his transparent government and developmental programmes and projects scattered in all the three senatorial zones of the state.

The governor commended the party that had shown him so much support and solidarity.

He however, charged all party members to continue with the gospel of APGA, which is being the brothers’ keeper with winning of more converts into the party.

The mega rally was rounded off with the inauguration of the zonal executive members with the charge to lead with love and compassion and to ensure that strife and bitterness has no chance among members.