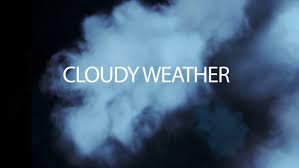 The Nigerian Meteorological Agency (NiMet) has predicted partly cloudy weather conditions over the central states of Abuja, Lokoja, Makurdi and Lafia on Tuesday morning.
The predictions are contained in the Weather Outlook issued by NiMet’s Central Forecast Office (CFO) on Monday in Abuja.
It said that the region would have night time temperatures of 24 to 27 degrees Celsius during the forecast period.
NiMet predicted that the Southern states would experience cloudy morning with prospects of localised thundery showers in few places with night time temperatures of 23 to 26 degrees Celsius.
It also predicted that localised thundery showers would prevail over Ondo, Shaki, Oshogbo and Enugu as well as coastal cities of Port Harcourt, Calabar, Lagos, Eket and environs in the evening and night hours.
NiMet predicted that the northern states of Maiduguri, Kano, Sokoto, Katsina and Gombe would experience dust haze conditions with visibility less than 2000m and night time temperatures of 24 to 29 degrees Celsius.
According to the prediction, dust haze is anticipated over some Northern cities with prospects of afternoon showers in some parts of the South.