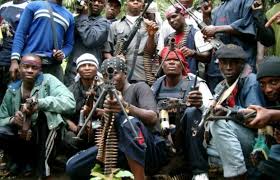 The Ogun State Commissioner of Police, Abdulmajid Ali, has said some suspected militants from the Niger Delta region are fleeing the area and desperately looking for a safe haven in the state. He said this on Sunday against the backdrop of Friday’s invasion of Imushin community in Ogijo area of the state by suspected militants.

The police boss, however, warned that the development will not be treated with levity. Over one hundred militants, who invaded the community on Friday night, reportedly killed fifteen residents, and wounded many as they went on a shooting spree.  Ali noted that the riverine areas of Ogun state has become the militants’ target, where they carry out attacks from the creeks they had turned to their hideout.