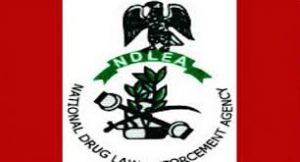 The Kwara state command of the National Drug and Law Enforcement Agency (NDLEA), has commenced sensitization on drug usage in the state with the introduction of a program tagged “know your child’s drug status”. Speaking with journalists at the NDLEA office in Ilorin, the state commander, Mr Umoru Ambrose said the program aims to identify people who use drugs and prepare them for counseling intervention.

Meanwhile, the agency has arrested a wanted drug baron Chukwuemeka Odeh-okewu who has been declared wanted since 2017.

The drug dealer was arrested based on intelligence gatherings.  Umoru said that the previous programs of the NDLEA tagged “operation keep Kwara drug free” led to the arrest of nineteen drug users and seven suspected drug dealers.

He called on schools, companies, general public to key into the program in order to save the state from being top of cannabis and drug crisis. Umoru also advised parents and guardians to bring their wards who they suspect to be drug users for test and rehabilitation.