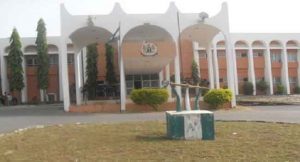 The Kogi State Government formally instituted a suit at the apex court on April 29, challenging the March 9 resolution of the House of Representatives to take over the state Assembly.

The Senate also endorsed the resolution of the House, thereby making it a joint decision of the National Assembly.

The National Assembly had invoked Section 11 ( 4) of the 1999 Constitution (as amended) to assume control of the Kogi Assembly after five of the 25-member legislature sat in Lokoja to ‘impeach’ the Speaker, Mr. Momoh Jimoh-Lawal.

It directed the Inspector-General of Police, Mr. Solomon Arase, to seal off the assembly.

The National Assembly, in defending its action, had said that the takeover was to avert the breakdown of law and order because the Kogi Assembly had not been able to function.

It also said Section 92(c) of the constitution was violated since five out of 25 members did not meet the two-third majority of lawmakers required under the law to impeach the speaker.

The government merely admitted that there was a “factional disagreement” among members of the state assembly, which was already the subject of a separate suit at a Lokoja High Court before the National Assembly took over the assembly.

In the fresh suit filed before the Supreme Court, through the Office of the Kogi State Attorney-General, the government stated, “There is no security report by the Governor of Kogi State (Yahaya Bello), the police or any security agency in Nigeria that the disagreement among members of the Kogi State House of Assembly caused insecurity and danger to public safety in the state.

“At all times material to the passage of the resolution of the National Assembly to take over the Kogi State House of Assembly, Kogi State was and is calm and peaceful as citizens go about their lawful business.”

Gbajabiamila had been appointed by the Speaker, Mr. Yakubu Dogara, to look into the case after the Attorney-General of the Federation, Mr. Abubakar Malami, countered the directive of the National Assembly by asking the IG not to seal off the Kogi Assembly.

Gbajabiamila, who is the Leader of the House, also stated that he did not understand how the state governor became a party to the assembly crisis.

He stated that he had expected the members of the state Assembly, who were directly responsible for the crisis, to approach the Supreme Court to seek an interpretation of the action of the National Assembly.

However, Gbajabiamila admitted that it was a good move to go to the Supreme Court, since the apex court was the proper destination to get the final legal opinion on the resolution of the National Assembly.

He clarified that while the decision of the court was being awaited, the Kogi Assembly would remain shut and under the control of the National Assembly.

Gbajabiamila added, “That is the right place (Supreme Court) to settle the dispute. It is only the Supreme Court under the principle of separation of powers, that has the constitutional powers to interpret the constitution and determine whether or not the National Assembly is in breach, not the Attorney-General or any other authority.

“To that extent, the resolution of the National Assembly remains in place until annulled by the Supreme Court.

“Quite honestly, I do not know that the governor (Bello) has any locus standi to file the action. In my opinion, the proper body to file such an action would have been the members of the state House of Assembly that were affected by the resolution.

“The governor is in no way affected as he continues to act as governor. People should not make a mockery of our hard-earned democracy.”

The House, through the Gbajabiamila panel, had summoned Malami and Arase, to explain why they overruled the National Assembly.

Malami was the last to meet with the panel last week behind closed doors.

Findings showed that both sides could not reach a compromise as the AGF reportedly made references to pending suits on the crisis.

On his part, Arase had admitted that he did not lock the Assembly because he sought the advice of the AGF as was required for “administrative” purposes.

The panel has yet to produce a report on its meetings with Malami and Arase.