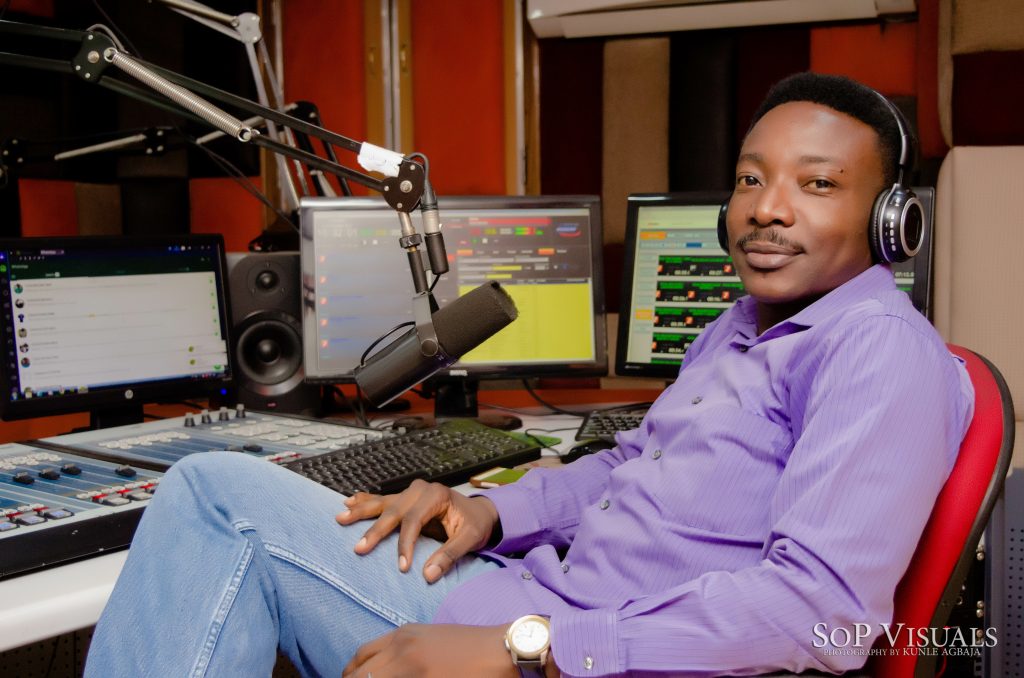 Babafemi Adesoye aka Don Femi King is a Radio Host, and Newscaster at Royal FM 95.1, Ilorin.

The self-acclaimed Radio Godfather and Ambassador of Happiness is a force to reckon with in Entertainment Radio and Live shows. He hosts “The Royal Request Show”, “The Shout Out Show”, and “The Night Train”.

A graduate of Economics from Bowen University (2007), he has a diploma in graphics design.

He has been a Master Compere since the late 90s, so getting into radio was a walk in the park for him. He worked as an English Language Teacher during his National Youth Service and afterwards joined the print media and worked as a columnist and designer for several magazines. He cofounded two different media companies acting then as a principal partner.  He worked as a call centre agent with CNSSL before joining the Royal FM crew.

A strong music inclination and passion are also career paths for this media enthusiast who has been a chorister and choral trainer for over two decades and extended this passion to become the Bandmaster of The Royal Band, the music group powered by Africa Broadband Limited, owners of Royal FM.

With his smooth baritone voice and prolific style of talk, Femi has been able to acquire a large fan base, especially with the female audience. With his jovial and friendly attitude, he attracts friends easily and is a great socialite.​

Born of parents from Okuku in Osun State, but incredibly, he’s always claiming he is from Zion. He has no particular favorite genre of music; he picks something good from every form of music. He also prefers books to TVs, so he hardly watches movies and sports. He is married to Morolake and they are blessed with Adebola.