Man at large after killing lover in Ilorin

The Kwara State police command has said it is on the trail of a young man who allegedly stabbed his lover to death in Ilorin, on Monday, over her refusal to his marriage proposal. 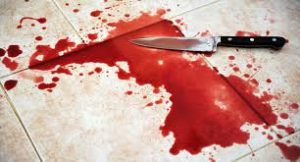 Reports say the young man also allegedly stabbed his lover’s mother, who had come to settle the ensued dispute between the two. The mother is said to be in a critical condition at the University of Ilorin Teaching Hospital (UITH).

Findings revealed that the duo, who had reportedly been going out for some time, had also been having serious argument over issue of marriage, with the girl always insisting that she could not marry the man because he allegedly went out with several other women at the same time.

When contacted, spokesman for the state police command, Mr Ajayi Okasanmi confirmed the incident, saying that the command is already on the trail of the suspect