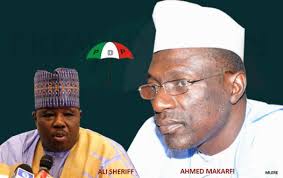 The Caretaker Committee of the Peoples Democratic Party, PDP, led by Ahmed Makarfi, has announced members that constitute the party’s National Convention Committee. The Makarfi- led faction of the party also insisted that it will go ahead with its national convention slated for the seventeenth of August in Port Harcourt, Rivers State despite a court ruling which declared the Caretaker Committee illegal. It said the Committees will be inaugurated on Friday in Abuja.

Meanwhile, the ousted National Chairman of the party, Senator Ali Modu Sheriff, has asked members of the party to disregard the plans for a fresh national convention. He has also written to the chairman of the Independent National Electoral Commission (INEC), asking the commission to completely ignore a letter by the Makarfi-led PDP caretaker committee notifying it of a proposed PDP national convention.