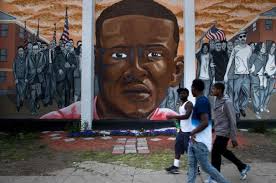 Prosecutors have dropped all remaining charges against the three Baltimore police officers awaiting trial in the case of Freddie Gray, an African American man whose death in police custody last year triggered riots across the US. Wednesday’s decision means that no one will be held criminally responsible for the death of twenty-five-year-old Gray, whose neck was broken while he was unrestrained in the back of a police van in April 2015.

Garrett Miller, William Porter and Alicia White were due to face charges including assault, misconduct in office and reckless endangerment. Prosecutors dropped the charges after earlier trials of three other police officers had ended in acquittals. Gray’s death was one of several recent killings of African American men by police officers that triggered nationwide demonstrations and stoked a national debate about police brutality against minorities