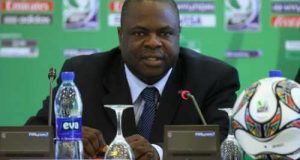 The Media Officer of Lagos-based Ikorodu United FC, Babatunde Ayoola, has said that the club has appealed the three-point-five million naira sanction by the League Management Company (LMC) against the club.

Ayoola today in Lagos said that the fine and banishment from Onikan Stadium to Moshood Abiola Stadium in Abeokuta is unfair. This punishment follows the abandonment of the Match Day thirty fixture against the Oluyole Warriors of Ibadan because of fans encroachment on the field.

Ikorodu United’s Match Day thirty-two fixture against Niger Tornadoes held at its new ground, while the last two games are suspended subject to good conduct for the remainder of the season.

Ayoola said that Ikorodu United should have been given a soft landing in the case, describing the sanctions as harsh and unfair. He contended that the visitors were partly responsible for the crowd trouble experienced during the ill-fated match.