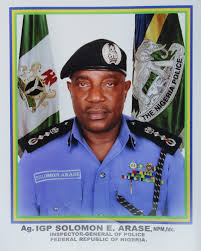 The Kwara State Governor, Dr Abdulfatah Ahmed, has condemned the dastardly murder of some farmers in Shaare, headquarters of Ifelodun Local Government Area of the State by yet to be identified persons. Governor Ahmed, in a statement issued by his Chief Press Secretary, Abdulwahab Oba, described the incident as unfortunate and unacceptable as no individual, or group of people, for whatever reason, has the right to take the law into their hands.

He said this incidence is particularly worrisome and disturbing at a time the state government is getting financial boost to enhance the economic development of the State. While condoling with the families of the victims, the government vowed to identify the culprits and bring them to book. The State Police Public Relations Officer, Ajayi Okasanmi, has meanwhile confirmed that five suspects have been arrested in connection with the killing and assured that the police will soon get to the root of the matter.