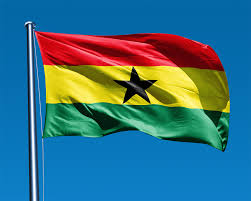 Eight Nigerians alleged to be pirates have been deported by the Ghanaian authorities upon the directive of the country’s Ministry of the Interior.

The suspects were handed over to Nigerian authorities by a team of officials represented by the Ghana Police Service and the Ghana Immigration Service under the leadership of DSP Peter Kamasa of the Interpol, Accra, to officials of the National Criminal Bureau/Lagos (Interpol/Lagos) at the Murtala Muhammed International Airport Ikeja, Lagos State, on January 7.

The suspects had earlier appeared before an Accra Magistrates’ Court 3, Adjabeng.

The arrest of the suspected pirates followed a complaint lodged by the Nigerian owner of a vessel, Sunday Nakase, who said the men had stolen the vessel, MT Mariam, together with its crude oil contents and directed the crew to steer to an undisclosed destination.

They were arrested by personnel of the Ghana Navy and handed over to the police.

A search revealed three AK-47 rifles, IG3 rifle, a pump-action gun and 256 rounds of ammunition were found with them. Other items found on board the vessel were tablets, money, walkie-talkies, speed boats and two Yamaha outboard engines.