The German Football Disciplinary Tribunal has reduced Leon Balogun’s suspension for violent conduct by a game after a successful appeal. Mainz had appealed the tribunal’s ban which was retrospective because the match officials failed to pick up the incident when it happened. 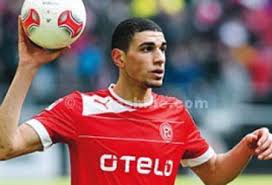 Television cameras caught Balogun kneeing Frankfurt’s Carlos Zambrano in the latter stages of Frankfurt’s two-one win over Mainz on the twenty-eighth of April. The tribunal later sat and meted out the punishment with Mainz given twenty-four hours to appeal.

Mainz, on Tuesday, released a statement via her official website revealing the decision of the DFB’s disciplinary tribunal after the appeal hearing. Balogun will now be available for his team’s last home game of the season against Hertha Berlin on Saturday, the fourteenth of May.