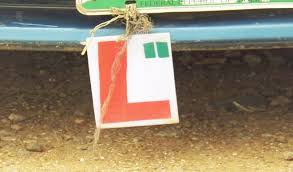 The Federal Road Safety Corps, Kwara state chapter, has directed all learner drivers to obtain the “L” sign from any of the approved driving schools in the state and display it at the front and rear of their vehicles. It said this should be after the learner driver has obtained permit from the Motor Licensing Authority.

According a statement issued to RoyalFM today by the sector public enlightenment officer, Sunday Meremikwu, the State’s sector commander, Sunday Maku stated this during an interactive session with proprietors and instructors of government approved driving schools in the state.

Maku decried the incessant violations on the regulations guiding learner drivers in the state. He urges the learners to undergo training at any of the approved schools and desist from engaging in informal training at various school field and Eid-praying grounds.

He also advises learners to ensure that a duly licensed driver is seated beside them whenever they are on the road during the period of their training and whenever letter “L” is displayed on their vehicles. The FRSC vows to take its course on anyone violating the regulations on learners’ drivers.