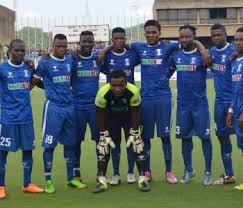 Shooting Stars are out of the Federation Cup following a three-two penalty shootout defeat against Rivers United at the Ahmadu Bello Stadium, Kaduna on Wednesday. In Makurdi, Ishaya Anyu scored the winner in the eighteenth minute to help Nasarawa United beat Dynamite FC one-nil. Warri Wolves ended Prime FC’s run by securing a six-five penalty shootout win against the Oshogbo-based side.

Wikki Tourists also scaled through into the next round at the expense of Plateau United following a one-nil win. Enyimba defeated El-Kanemi Warriors three-one on penalties in their rescheduled Round of thirty-two fixture in Abuja after regulation time ended in a one-one draw. The Peoples Elephant will face Delta State representatives, J. Atete, in the next round.