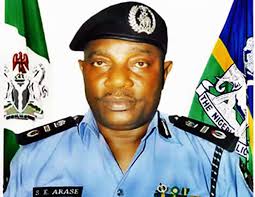 The Inspector-General of Police, Solomon Arase, has said the Force will henceforth carry out urine tests on all policemen for signs of drug abuse before they are issued lethal weapons or posted to their operational points.

Apart from denying access to firearms or retrieving guns from officers who failed such drug tests, Arase stated that the police would provide appropriate help to wean them from drugs or other emotional or psychological issues that may trigger fatal outcomes in their line of duty.

The IG said this on Wednesday in Abuja during the inauguration of drug testing and campaign against sudden death among police officers organised in collaboration with Hypertension and Diabetes Awareness Foundation.

Arase said the police had attracted public odium through misapplication of weapons which he said could be due to mishandling of firearms by police officers who were psychologically unfit to handle weapons at that particular time.

“In addition, effective immediately, we will carry out snap urine tests for signs of drug abuse on all policemen before we issue any lethal weapons to them or at their operational points.  We are in partnership with a reputable group of psychiatrists and psychologists in this project.”

The police chief said he had initiated a policing strategy that would make the Nigeria Police transit from exclusive reliance on lethal weapons in the management of threats and social disorders to the engagement of less lethal weapon system such as electro-muscular disruption weaponry, known as taser or stun gun.

“Orders have been placed for this weaponry and adequate training framework is being put in place; my long term vision is to effectively address issues that engender misuse of firearms and give true meaning to our mandate of safeguarding the lives of our citizens,” he added.

To commemorate the World Health Day on Diabetes, the IG said he had directed the Force Medical Department to screen policemen for chronic non-communicable diseases, including diabetes and hypertension.

He encouraged police officers to come forward for the medical screening, stating that the force needed a healthy workforce to carry out its responsibilities.