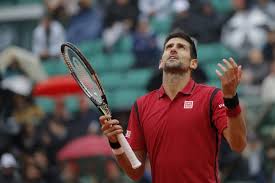 World number one Novak Djokovic got his campaign for a third successive Wimbledon title off to a winning start with a six-nil, seven-six victory over Britain’s James Ward on Monday. Also on Monday, five-time champion Venus Williams battled past Croatian teenager Donna Vekic seven-six, seven-three.

British number one Johanna Konta leads the British women’s charge as the sixteenth seed takes on Monica Puig in the first round on Court One.