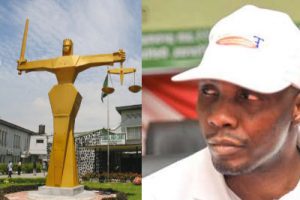 Trial judge, Justice Ibrahim Buba issued a bench warrant for Tompolo’s arrest after he failed to appear in court to face the criminal charges filed against him and others by the Economic and Financial Crimes Commission, EFCC.

The judge had, on Wednesday, summoned Tompolo, ordering him to appear yesterday, but the accused did not turn up. Other accused in the charge include a former Director-General of the Nigeria Maritime Administration and Safety Agency, NIMASA, Patrick Akpobolokemi, who appeared in court in crutches;