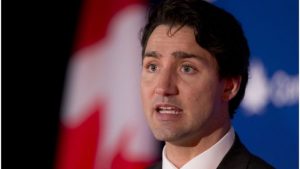 An assisted suicide bill has been put before Canada’s Parliament that legalises euthanasia but will exclude foreigners from coming to die.

People with mental illness and psychiatric disorders are excluded too.

Last year, the Canadian Supreme Court struck down a law banning doctors from helping someone die.

This bill, which is backed by Prime Minister Justin Trudeau, must now be studied by committee and then voted on by both House and Senate.

Asked why foreigners would be excluded from the new legislation, she refused to answer.

“We have considered this question in the context of Canada and Canadians,” she said at a press conference.

Cases brought on by the families of two deceased British Columbia women spurred last year’s decision by the court to strike down the law.

The court said outlawing assisted suicide deprives people of dignity and autonomy. Prior to that, counselling, aiding or abetting suicide was illegal in Canada.

The Liberal government had four months to come up with a new law, a time period that was extended.