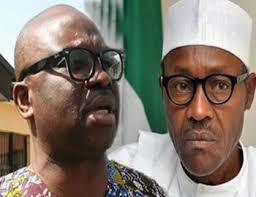 Apparently worried by the upsurge in the criticism of the perceived inaction of President Muhammadu Buhari, the Presidency, on Sunday, maintained he is a victim of tyranny of high expectations. The presidential spokesman, Mr Garba Shehu in a statement, regretted that criticisms have taken the shine off President Buhari administration’s efforts. He said the criticism, especially on the increase in prices of foodstuff, needed to be challenged before it overshadowed the President’s achievement in the anti-terrorism and anti-corruption wars.

This statement is coming on the same day the Ekiti State Governor, Mr Ayodele Fayose said that Nigerians are suffering under the All Progressives Congress (APC) government because the President discarded competent people in his party that should be running the government with him and opted for his relatives, friends, in-laws and very close associates.‎