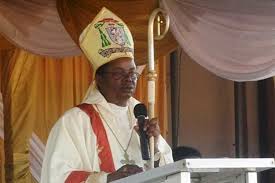 The Catholic Bishop of Awka Diocese, Most Revd. Paulinus Ezeokafor, has directed the priests of the diocese to desist from officiating at costly burials.

To this end, cooking of food and sharing of souvenirs during funerals would be moderated.

Ezeokafor urged the priests to adhere strictly to the directive, insisting that whoever violated the new order would be sanctioned.

The bishop, who expressed displeasure at what he described as unnecessary expenditure during funerals, asked the Igbo to shun ‘”flamboyant burials.”

He urged them to take a cue from Hausa Muslims who he said, spent little or nothing during burials.

He said, “The order will soon be extended to the laity in Awka Diocese.We are starting with ourselves (the clergy). We are doing it to help ourselves and relatives.

“Even if the dead is Mama Father or Papa Father there will be no cooking of food and sharing of souvenirs.”