Ballotelli to have medical at Nice 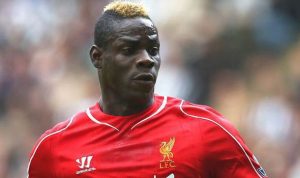 Liverpool’s outcast Italian striker Mario Balotelli will have medical treatment at French side Nice today amid transfer deadline day talks between the clubs.

The twenty-six year-old player could be sold or loaned to Nice, once one of the biggest hopes in Europe. Balotelli has not played for Italy since the 2014 World Cup and has been told he is not wanted by Liverpool coach Jurgen Klopp.

According to a Nice official, no agreement has been reached and the medical is to save time to see if an accord could be found. The club official also said Nice want a permanent transfer but that a loan is also possible.

Balotelli spent last season on loan at AC Milan but the Italian side chose not to extend the deal.