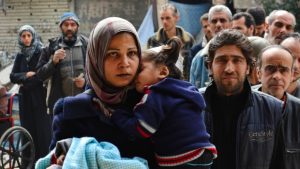 A doctor in Vienna, Austria, who posted a Facebook update saying he was going to refuse to treat refugees is being investigated.

A report has is that Dr Thomas Unden, a Floridsdorf based general Practitioner, put a sign up in his practice outlining a refusal of service to asylum seekers.

He is now being investigated by the Vienna Chamber of

Dr Unden also shared a Facebook post backing up his stance saying that he will not treat people whose origins he is unsure of.  However, he does promise to continue treating his long-term patients as normal.