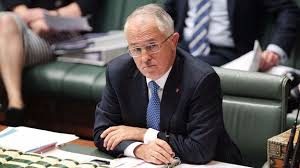 Australia’s Prime Minister, Malcolm Turnbull, has been named in the Panama Papers as director of an offshore gold prospecting company in a damaging revelation that emerged in the midst of a tight election campaign. A front-page story in the Australian Financial Review on Thursday revealed that Mr Turnbull, a former investment banker, was a former director of a British Virgin Islands company set up in the 1990s by the Panamanian law firm Mossack Fonseca as part of a plan to develop a ten billion pounds gold mine in Siberia.

When asked about being named, Mr Turnbull, denied the allegation, saying there was “no suggestion of any impropriety whatsoever”. Opposition Leader Bill Shorten has however said Mr Turnbull has some “serious matters to answer”.