Fuel scarcity: CNPP issues seven-day ultimatum to end queues:
The Conference of Nigeria Political Parties (CNPP) on Thursday issued a seven-day ultimatum to the Ministry of Petroleum Resources to end fuel queues cross the country. This was contained in a statement jointly issued in Abuja by its National Chairman, Alhaji Balarabe Musa, and the Secretary General, Chief Willy Ezugwu. 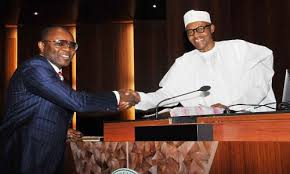 The group said both the Minister and Minister of State for Petroleum Resources have shown a track record of ineptitude in resolving the problems in the last eleven months. CNPP warned that at the end of the ultimatum, it will mobilize the organized labour, civil society groups and the masses to occupy the Nigerian National Petroleum Corporation (NNPC) until the minister and minister of state resign.
 Fuel scarcity: CNPP issues seven-day ultimatum to end queues