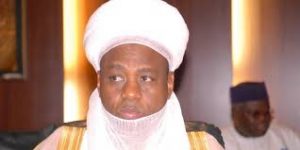 The Sultan of Sokoto, Alhaji Sa’ad Abubakar III, has called on the Muslim community to pray fervently against all forces against the economic well-being of Nigerians. The Sultan had declared Wednesday, the sixth of July as Eid el fitr, saying the Shawwal moon has not been sighted in Nigeria. He enjoined Muslims to imbibe the lessons of the holy month.

Abubakar, who spoke in a goodwill message to mark the Ramadan fast, through the Secretary-General, Jama’atu Nasrl Islam, Dr. Khalid Abubakar-Aliyu in Kaduna, insisted that Muslims shall be accounted for their actions and inaction after the Ramadan.