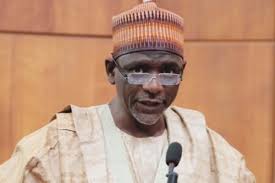 The Joint Admissions and Matriculation Board has announced the release of its guidelines for the 2016 admissions’ process.

The method, described as the point system option, was adopted after an extensive one-week meeting JAMB had with universities and other tertiary institutions’ administrators in the country. The guidelines were contained in a statement placed on its website last night.

While explaining how the admission process will work for Unified Tertiary Matriculation Examination candidates and direct entry students, the board stated that before a candidate can be considered for screening, he or she must have been offered a provisional admission by JAMB.

The second process, it said, is the point system where admission will depend on the point tally of the candidate. It added that the points are evenly spread out between the candidates’ O’ Level and JAMB results to provide a level-playing field for all. It however noted that candidates who have their results in only one sitting will get more points than those with two sittings.

JAMB also stated that universities are going to charge fees for screening of candidates at the end of the process for admission. It also emphasized that catchment and educationally less-developed state would still be used for admission into the nation’s tertiary institutions.