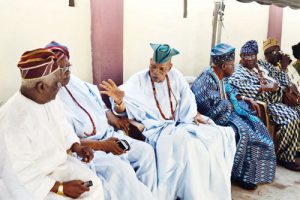 The Olubadan-in-Council on Thursday dismissed the call by the Head of Seriki family line in Ibadan, Chief Adebayo Oyediji, that the kingmakers should install him as the new Olubadan of Ibadanland, following the demise of Oba Samuel Odugade.

By Ibadan succession system, the Balogun Olubadan, High Chief Saliu Adetunji, holds pole position to succeed the late monarch. But Oyediji said Council would be flouting a 1989 ruling of the Supreme Court, which granted him the right to become the next king. Speaking on behalf of the Olubadan-in-Council, however, the Ashipa Balogun, High Chief Abimbola Ajibola, said the Seriki line was not recognised in the city’s succession plan to the kingship and therefore had no right to become the Olubadan.