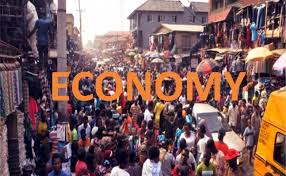 A fresh public opinion poll by NOIPolls on Wednesday revealed that Nigerians have been compelled to adjust the feeding patterns of their families, while others have resigned to fate, resorting to seeking divine intervention through prayers as the country’s economic situation worsens. Others have however started creating alternative sources of income and engaging in subsistence agriculture.

As remedies for improving their general well-being, the report said 33% of the respondents suggested that government focus attention on improving the economy, while 15% suggested investing in agriculture, 14% urges the FG to control the price of goods and services’ and ten percent suggested reduction in  the pump price of petrol‘ . About four percent of Nigerians, the report said, believe resolving the crisis in the Niger-Delta region would end the vandalism of oil installations in the region, check the country’s dwindling revenue from crude oil, help in reviving the economy and improving the general wellbeing of citizens.