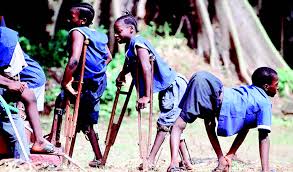 The Minister of Health, Professor Isaac Adewole, has confirmed an outbreak of wild polio virus in Borno State. Nigeria had been polio free for about two years. Oyewole said the outbreak had affected two children from Gwoza and Jere Local Government Areas of the State.

He said the government’s overriding priority right now is to rapidly boost immunity in the affected areas to ensure that no more children are affected by this terrible disease.

The Minister has, therefore, directed the deployment of a national emergency response team to Borno State for immediate and robust polio vaccination campaign, targeting eligible children to prevent the spread of the virus locally and internationally.

Adewole reiterated the Federal Government’s commitment to achieving a polio-free Nigeria and assured the general public that this outbreak will be controlled as soon as possible, adding that government will provide the needed resources to contain it. He, therefore, called on other states and local governments to redouble their efforts by safeguarding their territories from importation of the virus.