We aren’t sure Chibok girls are in Sambisa Forest, says Air chief 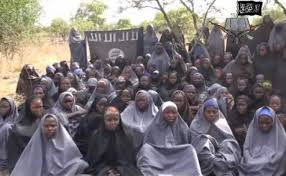 The Chief of Air Staff, Air Marshal Sadique Abubakar, says the Nigerian Air Force has no intelligence on whether the Chibok girls are in Sambisa Forest or not. Abubakar, who spoke during an interactive session with journalists in Abuja at the weekend, however, said the NAF is working round the clock to rescue the girls and other Nigerians abducted by Boko Haram.

He said the air force flew its planes daily with the hope of sighting the Chibok girls, adding that the military, like other Nigerians, is passionate about them. He dismissed the latest Boko Haram video, where the sect displayed some girls, which it claimed were killed by military bombardment, as cheap propaganda. Abubakar explained that there was no way bodies of people killed by bombardment could be intact as shown in the video.